Following the conclusion of The Zygon Inversion it appears that there are 20 million Zygons still left on the planet earth living in secrecy among us. Personally I am glad that this story didn’t end with the Zygons all either leaving or getting wiped out, as not only given that the Zygons were used as a metaphor for immigrants this could have sent the wrong message, but I also feel that the idea of a race of aliens living in secret among us is a truly fascinating concept that has lots of potential.

I suppose in many ways Doctor Who’s version of earth is becoming like the Marvel universe’s version of earth. Its becoming a world that’s like ours but where people are aware of the paranormal and things are different as a result of their influence. Everyone is aware of aliens after the Daleks stealing the earth and Cybermen raiding every grave on earth and now there are 20 million huge reptile men living among us.

Whilst some people dislike this development and I must admit I too had some reservations about it at first, now I personally think this opens up a whole new interesting set of ideas for future writers to play around with.

For instance if the Doctor meets a young 21st century woman who he wants to take on as a companion, not only will she know what Daleks and Cybermen are, but for all he knows she could be a Zygon. Wouldn’t that be quite a twist the new companion shows up and then 5 episodes into her run she morphs into her true Zygon form in order to help the Doctor. Or perhaps her boyfriend could be revealed to be a Zygon in hiding.

Added to that if there is another big alien invasion like Journey’s End or Doomsday then we now have an earth that is not only aware and ready for an alien invasion but has the aid of 20 million advanced aliens, one of whom Bonnie is now working for UNIT.

Which leads me to the topic of this article. What would happen if we have another Silurian attempt to conquer the earth whilst the Zygons are here? Personally I think this could lead to a brilliant story where we see the original rulers of the planet not only try and reclaim it from the apes who got above themselves, but from the aliens who in their eyes have no right to rule this earth at all.

How would that pan out? Well that’s what I am going to explore in this article. I don’t think its likely that we will get a Silurians vs Zygons story as the Silurians have been overused so much in the last few years I reckon the producers of New Who will give them a rest. Still I think there is potential in such an idea and I am going to explore the possibilities in such a story. 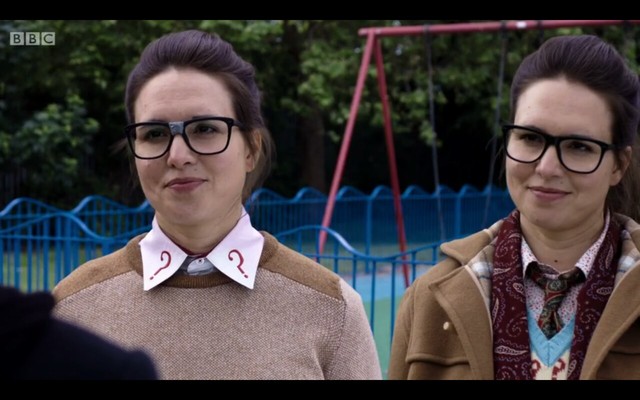 1/ We Could See What Happened To Vastra

I have always wondered what happened to Vastra? Obviously by modern day Jenny would be long dead but would Vastra? Vastra is a reptile remember and reptiles do have naturally longer lifespans than mammals. So with this in mind its not such an unreasonable idea that perhaps a Silurian can live for say 200 years or even 300 years.

So with this in mind then its possible that Vastra could still be alive in modern day. Sadly however she would most likely be alone. Jenny obviously would be dead by 2015, whilst Strax, though I don’t know how long Sontarans live, I can’t imagine with his attitude he wouldn’t have died in battle in close to 200 years.

So Vastra could still be alive in the early 21st century and thus if there as a Silurian incursion we could have her work with UNIT to try and stop them.

This would be a good way of doing something new with Vastra, showing her in a modern day environment, older, perhaps somewhat lonely having never had a new partner after Jenny’s death, without having to actually kill off Jenny and Strax or eliminate any more Victorian era stories as we could always just travel back to when they were young.

I think Vastra and Bonnie meeting would be quite interesting. They are both somewhat similar characters. Both are members of a race of reptiles who have to live in secret among humanity. Both originally began as monsters and even killed innocent people. Remember Vastra according to A Good Man Goes To War started killing railway workers who disrupted her hibernation chambers and inadvertently caused the deaths of her sisters until the Doctor managed to convince her otherwise. Similarly Bonnie as we all know was head of the resistance movement until the Doctor convinced her otherwise. Both Vastra and Bonnie then went on to work alongside a human partner, Osgood, Jenny in order to defend the earth from future threats.

Thus I think these two characters could play off of each other in quite interesting ways. Hell we could even have a romance between Bonnie and Vastra. A Zygon/Silurian love story, though that might be taking it a bit too far. 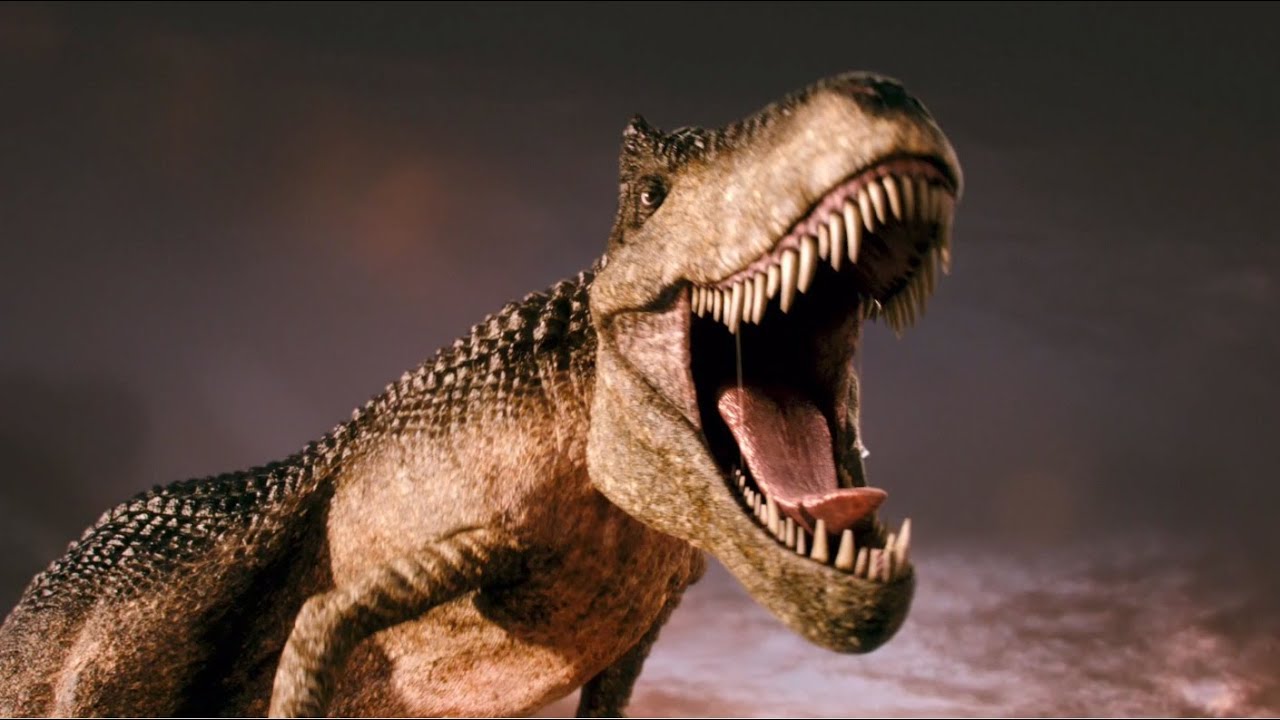 In Terror of the Zygons it is established that the Zygons have as a pet a gigantic marine reptile similar to a dinosaur called the Skarasen. The Skarasen’s exact size is never determined but its so big it can devour oil rigs!

In Deep Breath we are introduced to a Tyrannosaurus Rex that the Doctor brings though time by accident to modern day London. Now this T-Rex is shown to possess a human like intelligence, and even have its own language and its a good bit bigger than your average T-Rex or indeed any Dinosaur.

Size of Deep Breath T-Rex compared to a real one.

Now my head canon as to why this T-Rex is so much bigger than a regular one is this. The Silurians genetically modified it to be far bigger and they also modified its intelligence to the point where it had a human like intelligence and thus wouldn’t want to attack intelligent life forms only animals.

I reckon that the Silurians did this to their pet T-Rex’s so that they could use them to defend their planet from alien invasion. Think about it why would the earth be less likely to be invaded by aliens during their time? Chances are they probably had just as many alien species to fight off as humanity, but unlike us they didn’t have the Doctor to help them, so they needed something else.

Who knows perhaps the Silurians where invaded and conquered by another race of monsters and whilst they were being subjugated one of their leading scientists managed to create the first T-Rex like this that single handedly wiped out the alien invaders and liberated the Silurians.

Thus when the next mob of Silurians wake up in modern day they could have one of these mutant T-Rex’s wake up and be used by them to attack humanity. We could then have it come face to face with the Skarasen.

I must admit I did wonder why the creature didn’t appear in Dark Water/Death in Heaven? Since there were Zygons working for UNIT at that point you’d think that they would have built something that could have allowed UNIT to control the Skarasen in a future incursion. The Skarasen would have been pretty useful against the Cybermen in a fight. Imagine how cool it would have been when Missy was acting all smug saying “in 24 hours the human race as you know it will cease to exist” and then the Skarasen came smashing down the street and started smashing the Cybermen to bits. I’d just love to see the look on her face.

Still perhaps they can explain it away as being that the alliance wasn’t strong enough at that point, so maybe the Zygons withheld the knowledge of how to control the Skarasen for the time being.

By the next two parter with Bonnie the former radical having become the second Osgood the peace will undoubtedly be stronger and so perhaps UNIT now have the Skarasen as a pet. Thus we could see the Skarasen wrestle with the T-Rex.

That would be an absolutely awesome scene. Of course they could only do it if they had the budget, but I’m sure they would as the T-Rex in Deep Breath looked absolutely spectacular in my opinion as did the Dinosaur effects in Dinosaurs on a Spaceship.

At the end of the story UNIT could always take control of the T-Rex too, giving them two badass Dinosaur pets. I’d love to see a Cyberman story where the Cybermen unleash a Cyber king and UNIT send the Skarasen and the T-Rex to battle the CyberKing. 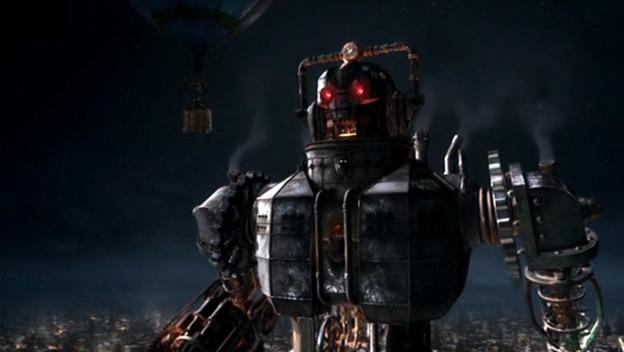 A fight with this thing against the Skarasen and the T-Rex would be a proper Kaiju movie moment. Though to be fair I think they should save the T-Rex vs the Cyber King for a comic as we have had enough Cybermen invading modern day earth stories on modern day.

We Could Explore More of The Silurians History 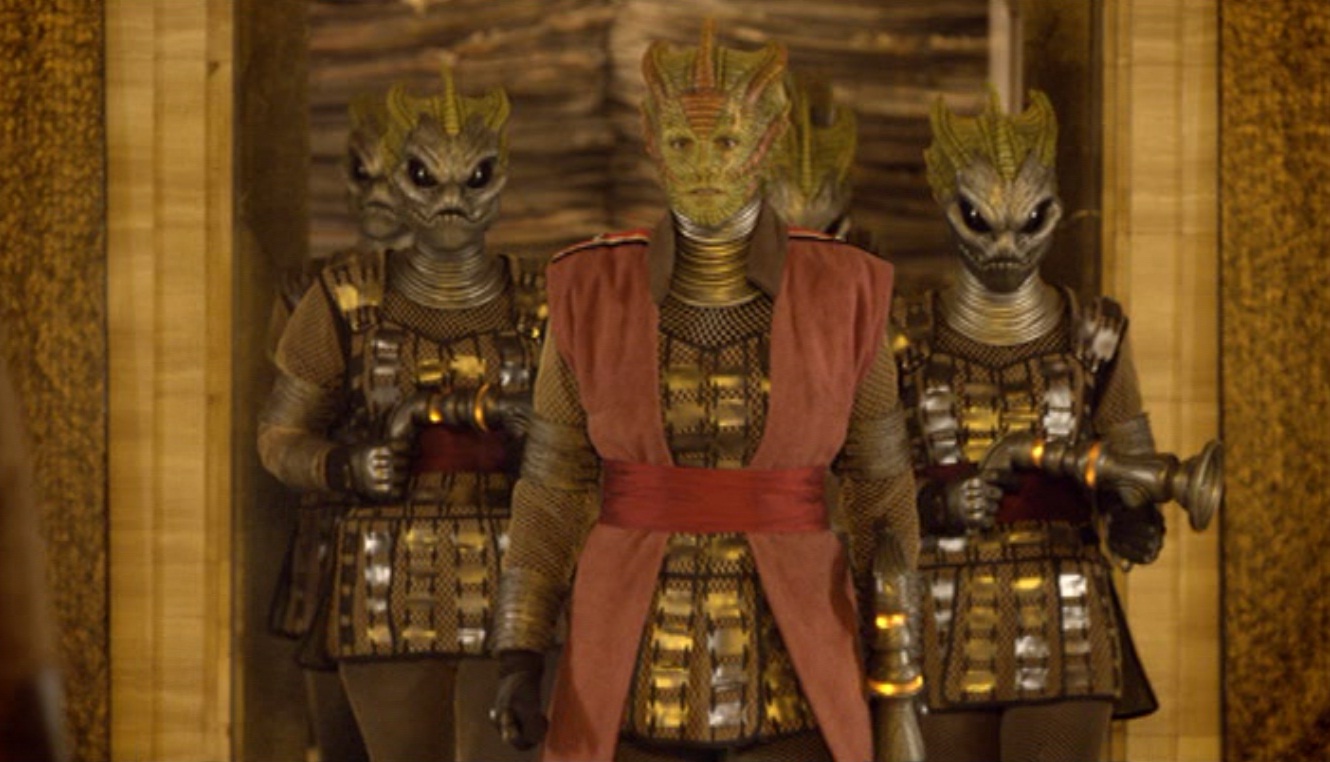 I think that its a shame that we have never seen the Silurian civilisation in all its glory. Really we know next to nothing about this great society. We aren’t even sure what period of prehistory they are from.

Personally I think it would be an interesting to set a story during the time of the Silurians, but failing that we could learn more about them in this story and see how their society functions more closely and learn about how they knew about alien life and may have even encountered them themselves.

We could have Kate emerge from her fathers shadow

Now a big problem that a lot of us have had with Kate is that all she ever does is go on about how fabulous her dad is. She certainly has potential but Zygon two parter aside we haven’t really seen much.

In this story however we could have her view her dad in a less favourable light for what he did to the Silurians in the Jon Pertwee story.

The ending of that story still divides fans to this day as to whether or not the Brig did the right thing in butchering an entire nest of Silurians, but we could have Kate whose motto is “science leads” decide that her father was wrong and try and make up for his past mistakes.

In my opinion this would help Kate stand out from her fathers shadow more. Here rather than simply say “her dad was so badass” or say she is doing what her father would have done or just ape him “five rounds rapid” we’d actually have her tackle a similar situation but in a different way which would actually fit her motto of “science leads” unlike her father she wouldn’t just blow them up.

I don’t think this would be disrespectful to Nicholas Courtney as part of what made the Brig so iconic and popular was that he was a complex and interesting character who did have a dark side to him as The Silurians and Inferno show. This story would remind people of that. Obviously Kate wouldn’t disregard her fathers memory and would still look up to him, but for once she would think he was wrong and do things her own way which would ultimately be more successful and allow her to step out of his shadow.

We Could Resolve The Silurians Story Arc

A big problem I and it seems many other people have with the Silurians is that their stories are often just repeats of the first Silurian story. Basically a group of Silurians wake up, the Doctor tries to make peace with them but all the reasonable Silurians are killed and so the Doctor has to kill the evil Silurians.

Thanks for reading and let me know what you think of my ideas.