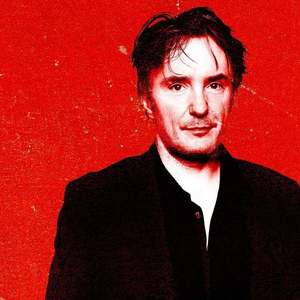 (Sorry about the delay, its been a hectic week and there will be some updates soon.)

The Daleks slowly cornered Zoella and her child from both ends. Zoella pushed her little boy against the wall behind her, hoping that the Daleks might miss him.

“EXTERMINATE” the monsters shouted in unison. Zoella waited for death, only to see the metal monsters beset by a barrage of death rays, fired by the rebels. Two of the Daleks at the back however managed to fire back and took down at least five of the rebels at the front, forcing the others to retreat. Fortunately however Zoella took her chance and fired her gun at the Daleks blowing them all to pieces.

“Don’t worry” their leader, a young woman said as she dropped her gun.

“We’re not going to harm you.”

“Wish I could say the same to you”. Zoella said as she shoved her gun into the young woman’s ribs, prompting the others to raise their weapons.

“You captured my son, threatened to kill him and helped bring these monsters down on us.” Zoella said in anger and disgust.

“We don’t have time for petty grudges now. Those monsters are all around.”

“A pity you didn’t realise that a few hours ago”. She said.

“We need to stick together. Our leader is in trouble. The Daleks have cornered him.”

“You mean the man who captured my son?” Zoella said.

“It’s not just about him. He found a ship in the depths of the castle. One your king was going to use to leave us all to the Daleks. It can take us out of here, but they’ve cornered him and the others. We have to save the ship.”

Zoella was so overcome with rage she felt like shooting the rebels for asking for her help, but just as she had always done before the soldier repressed her emotions. She knew the rebels were right and that there was no way she could get her little boy out of this without their help.

“Okay I’ll help for his sake, but I warn you. If any of you lay a finger on my son you’ll be begging for the Daleks to find you first.”

The Doctor, Dana and Asica had managed to make their way to just outside the castle. They had mostly kept hidden, with the Doctor taking care of any Dalek troops that had found them.

Along the way the two time travellers and the former monarch could see that all of the nearby cities and towns had been completely levelled by the Daleks. The bodies of men, women and even children littered the lands all around them. The Doctor, Asica and Dana had also witnessed the Daleks, from the skies gun down hundreds of civillians fleeing from the cities.

There was nothing the Doctor, Asica and Dana could have done to help them. If the Doctor fired at one of the Daleks, then an entire fleet would have descended on them. As hard as it was they had to focus on themselves for now.

Outside of the castle were 4 Daleks circling the gates. The Doctor might have been able to take them down with his gun, but he didn’t know how many more were on the castle grounds.

“There’s more than one secret passage into the castle.” Asica said.”Theres a chance those monsters won’t have found one of them.”

“ALL BUT ONE OF THE CITY’S HAVE BEEN CLEANSED! THERE ARE STILL REBELS SCATTERED IN THE NEARBY WASTELANDS! FIND THEM! FIND THEM!” One of the Daleks shouted as all but one of the monsters below began to fly over the wastelands.

The Doctor, Dana and Asica slowly crept behind some rocks, with Asica leading the way to the secret passage. The trio came upon what looked like a large boulder, standing in the middle of nowhere. It was soon revealed however to the Doctor and Dana, to be a hatch; as Asica adjusted some hidden controls causing it to open.

As the three stepped in one of the Daleks spotted them. “HUMANOIDS DETECTED ADVANCE, ADVANCE”

Asica shut the hatch behind them, but the Dalek soon blew it open. The trio ran down the corridor whilst the sound of the Daleks above rang in their ears.

“ALERT, ALERT, HUMANOIDS ON THE LOWER LEVELS ALL DALEKS DESCEND.”

“It’s okay they won’t find us, that was the only entrance to the castle” Asica said, only for several walls and the roof to blast open revealing more Daleks. The Doctor fired at the Daleks taking several of them down whilst Asica and Dana ran ahead. They soon took shelted behind some pieces of rubble as several Daleks covered the nearby areas.

“What are you waiting for? Shoot them.” Dana said.

“There’s not that much power left in the gun” the Doctor said.”The gun gets its supplies from the casing. I can either shot a couple of shots, or use one on full power that should get them all in one swoop, but I don’t know if now is the time to use it. ”

“What’s the big deal just shoot them and steal their guns?” Dana asked.

“I’d have to use the gun on a lower setting to get all of them. At a full blast their casings would be completely destroyed along with the guns. I’m not sure if we have enough shots left on lower power. Even if we did the chances of me outshooting all those Daleks, well.”

“So use up the last shot” Asica said impatiently.

The Doctor still wasn’t sure. He tried to think of another way for them to slip past the Daleks but there didn’t seem to be.

“Okay” He said reluctantly. “If we are defencless just when we’re on the brink of safety, don’t blame me.” The Doctor jumped out and fired at full blast at the Daleks before any of them could react. The entire room filled with green, lethal radiation which caused the Daleks casings to break open and the creatures insides flesh to sizzel, and boil. It became so intense that the Doctor could feel the gun burning in his hand. Once it was over the Doctor investigated the casings to see if anything could be salvaged. They were completely destroyed, and the guns had even melted. One of the Dalek mutants was still alive however, albeit barely.

It raised its feeble tentacles to the Doctor in a feeble attempt to choke the life out of its most hated enemy. The Doctor didn’t even bother to move he just stared at the monster for a few seconds.

The Doctor hated the Daleks more than anything else, but there were times were even he couldn’t help but pity them. They were creatures who had no say in what they wanted to be. Their destiny’s were chosen for them, by one man, Davros. He turned them from creatures who could think for themselves and conditioned them to wage a senseless war against the rest of creation. In a way they were victims of his as much as anyone.

As the Doctor stared at this helpless creature in its last few moments of life, he thought about how this was probably the first ever time the creature was feeling the air on its withered, frail body. He also thought about how no one would care about its death, not even its own kind.

Asica, Dana and the Doctor headed down a nearby corridor before more of the Daleks could emerge from the tunnels.

“Where are we going” the Doctor asked. Asica didn’t answer, but the Doctor pressed on again and Asica stopped.

“There’s a ship below here. One that we built if the Daleks ever breached the defences of our world. It was designed to get a few of us out of here.”

“A few?” Dana said with disgust.

“I didn’t want to have to use it believe me. It was a last resort to make sure that some of our species would escape.”

“What about Zoella?” Dana asked.

“I’m afraid we don’t have time for her.” Asica said he continued down the corridor.

“NO!” Dana said loudly, not caring about the Daleks. “We are not leaving anyone behind.”

“You stupid woman the palace is crawling with Daleks! The ship has weapons we can fight back if we get to it first.” Asica said.

“The Doctor intervened. As much as he hated himself for admitting it, Asica was right. There was nothing they could do for Zoella. Not yet anyway. The ships weapons could perhaps give them a more even playing field.”

“We’re not going to abandon her. I promise Dana, but he’s right. We don’t have any weapons. We need to find the ship.” The Doctor said firmly.

Reluctantly Dana agreed and the three quickly went down a near corridor leading to the cavern the escape ship was kept. Unfortunately however not only where there several Daleks guarding it, but just in front of the ship, the Doctor, Dana and Asica could see the Daleks torturing several of the rebels including their leader.

The monsters were electrocuting them with their sucker arms.

“WHAT IS THIS MACHINE! ARE THERE ANY MORE LIKE IT! ANSWER” The rebel leader was cowering and pleading with the monsters to stop.

“I never thought I’d pity those rebels.” Asica said with regret. “It’s completely surrounded. We can’t get in.”

“I’ll have to distract them” The Doctor said.

“You won’t survive.” Dana replied as she tried to stop him.

“If I don’t do this none of will, while I’m giving them the run around you.” Suddenly the Time Lord was interrupted by the sound of several gunshots. Zoella and the rebels had also made their way into the cave. The fact that the Daleks had become preoccupied by the Doctor, Dana and Asica had allowed Zoella and the rebels to evade the monsters.

The rebels shot at the cave’s roof causing some of the Daleks to be buried. The Daleks however managed to quickly dispose of most of the rebels, sending the survivors including Zoella hiding behind nearby rocks.

“Come we have to move now” Asica said as he pushed past the Doctor and Dana to get into the ship. The two time travellers followed, but one of the Daleks noticed and fired at them. It missed but the Doctor was still thrown off his feet.

Dana ran back to help The Doctor, but the Dalek cornered them.

Zoella noticed her two former companions and jumped up to try and shoot the Dalek to gain its attention, but her weapon’s rays simply bounced off of the Dalek.

Asica meanwhile made his way into his ship. Not even noticing that his companions weren’t with him. Heading for the control room, as soon as he opened it however a Dalek emerged and cornered him against a wall.