As regular followers on this blog will know, I have been producing my own alternate sequel series to Classic Doctor Who that ignores New Who.

My sequel series suffered a bit of a delay in late 2019 as I went through one of the worst periods of depression in my entire life, but fortunately it’s back up and running now and will continue indefinitely. However there will be a change to the character of the 12th Doctor.

The alternate sequel series uses images of different actors for the 9th-13th Doctors, instead of those who played them for the revival.

The alternate 9th-13th Doctors personalities are based on the actors whose images are used or of characters they have played.

Originally the 12th Doctor was to have been based on Damien Molony, an actor best known for appearing in Being Human as the Vampire, Hal.

I still think Molony would make an excellent Doctor. He can do the old man in the young man’s body really well, he has a naturally eccentric personality, and he has an obvious presence.

However that said I think that Damien is somewhat too conventional for an old school Doctor. He would probably have been the best choice to follow Peter Capaldi in hindsight. The great thing about the classic era meanwhile was that it allowed more offbeat character actors a chance to play the lead.

Actors who were perhaps too old, had too eccentric personalities, were too unusual looking, or who had been typecast as villainous or comedic characters could not only play the Doctor, but were actually always a better choice for the role because they were more unusual.

William Hartnel’s widow Heather says as much in this interview. She says that out of all the then actors to play the role, Peter Davison looked the most out of place. She doesn’t dislike Peter Davison’s portrayal, (and neither do I) but she does say that she felt he looked too normal. The Doctor, an alien, eccentric Professor she said should always stand out in a crowd.

One could only imagine what she would think of the more modern conventional Doctors such as David Tennant or Jodie Whittaker.

With this in mind since the entire point of my sequel series is to capture the style of the Classic era, I have decided to base the 12th Doctor on a more unusual character actor.

The 12th Doctor will be based on Julian Barratt. 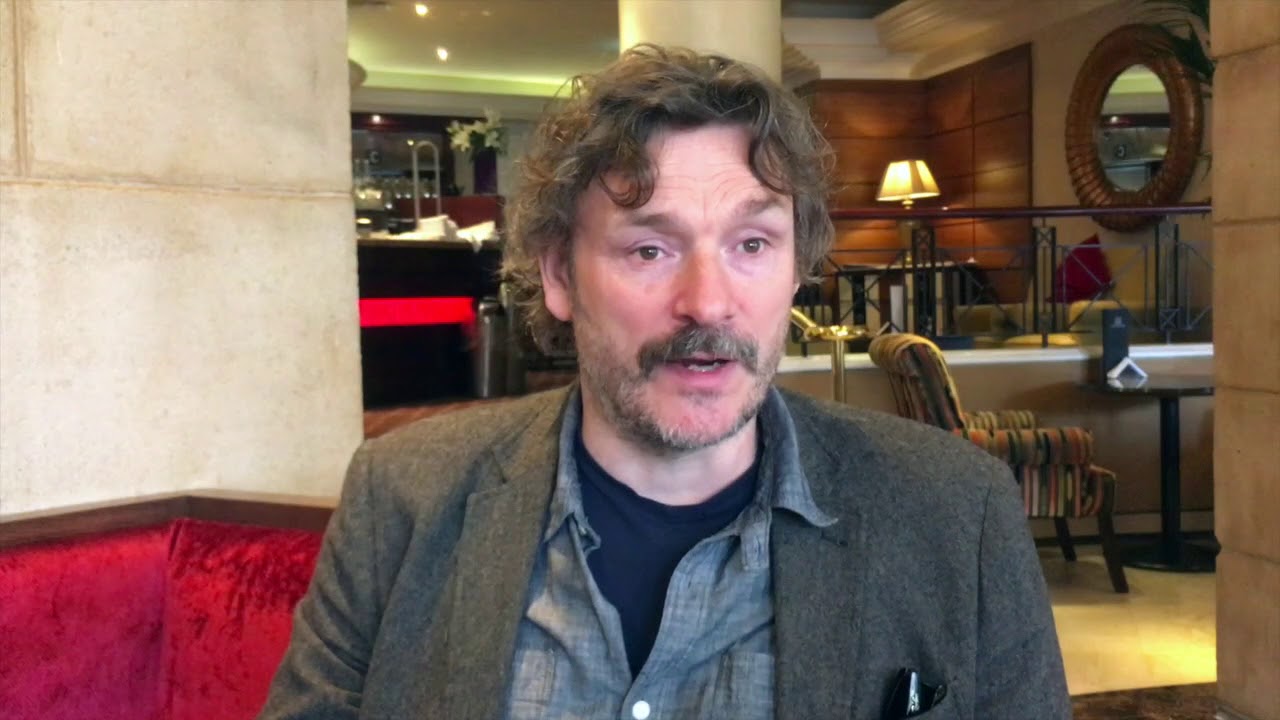 Say hello to our new Doctor.

For those of you unfamiliar with him, Julian Barratt is an English actor, best known as part of the surrealist comedy duo, The Mighty Boosh.

Barratt played one of the two main characters in the series, Howard Moon, as well as various supporting characters such as the Crack Fox.

Barratt to me would make an excellent Doctor Who. He has a somewhat more unusual look, is primarily a character actor, and has a nack for playing eccentric characters from Jazz mavericks, to prissy Wizards to insane, genocidal Fox’s!

Here he is in action.

Personally I see a potential Julian Doctor as being similar to Patrick Troughton, IE being somewhat more bumbling on the surface, somewhat scruffy, yet a lot more wiley underneath and very warm and caring.

I’m surprised he hasn’t been put forward more often as a potential Doctor?

Julian’s Doctors two companions will also be based on two real life people. I like to base the companions on real actresses, as it gives me an idea of the character more. For instance the 9th Doctor’s companion was based on and named after actress Dana Delorenzo.

For me this instantly gives the character an identity if you can imagine it being played by a particular actress.

Obviously if anyone whose image is used objects, I will stop using them. It’s obvious that these people aren’t involved as these stories are merely fan fiction, but if anyone still objects to the association I will obviously respect their wishes.

The 12th Doctor’s two companions will be based on Susan Wokoma and Dionne Bromfield. (Or rather characters they have played, their onstage persona’s etc.)

Susan Wokoma is an English actress, best known for a wide variety of roles in series such as Mabel in Year of the Rabbit. It was her performance in this series in particular which convinced me she would make a great Leela/Ace style physical companion.

Dionne Bromfield meanwhile is one of my favourite singers. The god daughter of the legendary Amy Winehouse, Dionne has trained as an actress, and I feel would make a good basis for a companion as she has a somewhat likable, down to earth, sweet personality.

I think she would make a good choice for a companion to Julian’s Doctor in particular. Julian has a famous love of Jazz music, which is reflected in his character of Howard Moon. I think this would be quite a good aspect to bring to his Doctor. (Like the Second Doctors love of playing the recorder, the 4th Doctors love of Jelly Babies, the 5th Doctors love of Cricket etc.)

Dionne meanwhile loves Jazz music, and soul music too. (It is her background as she was afterall Amy’s god daughter and best friend) so with this in mind I can see them bonding over their love of the genre and arts in general.

Dionne I think could be quite a good Zoe, Victoria type companion (though obviously not wimpy like Victoria) who forms a close father/daughter relationship with the Doctor, whilst Susan will be a more action oriented companion like Leela and Barbara who could clash with the Time Lord.

This trio’s first story which will be out later this year. (Not only is there still a bit to go of Scratchman, but there will also be a story to introduce the 11th Doctor, based on Robert Carlyle first.) Will see the 12th Doctor and friends go up against the Cybermen.

I’ve yet to write a Cyberman story  (one of my previous adventures featured the Doctors other great enemies, the Daleks.) Furthermore I think the Cybermen would be a good match for Barratt’s Doctor who will have a touch of Troughton to him. Think of this as being something of recreation of the Troughton era.

This story will be inspired very heavily by the classic Troughton Cybermen stories, Tomb of the Cybermen, The Moonbase, and will be more of a tight claustrophobic adventure. I feel the Cybermen always work better in tighter, low key surroundings.

The story will most likely be ready this summer, though depending on my new schedule it might be sooner.

The new Doctor and friends