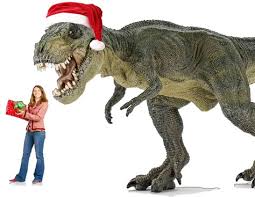 Seasons greetings to all my regular readers (and anyone else whose happened to stop by this blog.) Its been a hell of a year and I’d like to thank everyone who stuck with this blog through some very hectic times recently.

2019 is going to be a big year for this blog. There are still two parts of the history of N-Space to go (the 4th part is almost finished and will probably be up tomorrow or the 27th. I haven’t had as much time recently with getting everything ready for Christmas to finish N-Space. The 5th part which will look at the wider Doctor Who multiverse, will be up in the next few days after Boxing day meanwhile.)

Following this I will then be reviewing every Cyberman story (from both old and New Who) before starting my own alternate sequel for Classic Who in February. In addition to this I will also be showcasing my own original fiction for the first time on this blog.

My first original series which will also start in February will be called “Professor Fang“. Professor Fang revolves around an old, reformed Chinese Vampire named Lam Fang who over the centuries has been able to master both science and magic to the point where he is able to build the first ever time machine which resembles a gigantic bat and can travel through time and space.

Fang travels with his two companions, Lindsey Kate McIntosh and Kirsteen Williamson through all of time and space, battling various Demons, Vampires and monsters. The series will blend science fiction, horror and fantasy together, and will obviously draw on Doctor Who as well Doctor Omega for inspiration.

I will also continue to review other series and films throughout the year more regularly than last year too.

I hope all my readers have a fantastic Christmas and holiday season ahead.