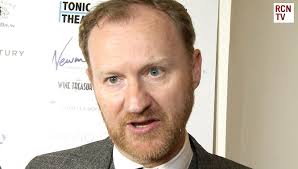 Mark Gatiss is a tv cult legend. Whether for his roles in “Doctor Who”, “Sherlock”, “Being Human” or “The League of Gentleman”, Gatiss has amassed a truly impressive body of work over his long career as a writer, director and actor.

However I’ve noticed recently that Gatiss frequently has something horrible happen to him in just about everything he is in. I suppose he could be called the John Hurt of comedy, as John Hurt similarly often played the victims such as Mr Olivander, Winston Smith, Kane, The Elephant Man and Quentin Crisp. (Ironically they even mention this about John Hurt in The League of Gentleman itself.) Gatiss similarly I feel often plays the victim and even when he doesn’t, something bad will still happen to him.

To date Mycroft Holmes is the only prominent role of Gatiss’s I can think of off the top of my head where he is not either, tortured, killed, humiliated or had all of his dreams crushed before him.

Here are what I feel are the worst fates that have befallen Gatiss’ characters throughout his long career.

A light one compared to some of the stuff that is to follow. Mr Snow is the leader of all the Vampires and seeks to overthrow the world. In an alternate timeline he actually succeeds and murders the Prime Minister on television. (Imagine watching Mark Gatiss rip David Cameron’s throat out on television. That doesn’t seem that bad a future after all.) Snow then establishes a Nazi like regime where Vampires rule over Werewolves and human beings. However his plans are foiled by the ghost Annie Sawyer, who detonates a bomb that destroys Mr Snow and all of the Vampires.

9/ David/ Turned into a Monster then burned to death

David is the son of Tubbs and Edward and at first is portrayed as a nice, charming well mannered individual. It’s hard to believe he could have come from Tubbs and Edward. Unfortunately however when David returns to try and take his mother away from his abusive father, Edward corners David alone and the next time we see him, David has become like his parents, a deranged “local” pig nosed freak.

One shudders to think what Edward did to him. By the time we next see him, David has degenerated further into a hairy, bestial monster that frequently eats people. Even Tubbs and Edward are scared of him. Ultimately however David is burned to death by the angry villagers of Royston Vasey on the night of his wedding to Barbara. Gatiss appeared briefly in Pemberton and Shearsmith’s series Pscychoville as a bumbling actor who ends up stumbling into David and Maureen Sowerbutts flat. David and Maureen are essentially a mother and son version of Tubbs and Edward, with Shearsmith once again playing the more evil of the two. At first the two believe Jason to be a detective, but when they discover he is an actor, they don’t want to kill him. Sadly however when the actor discovers the body of another of their victims they are forced to strangle him to death. Though David is still reluctant, Maureen is absolutely loving it which just makes it even more disturbing.

7/ Scarecrow Man/ Strung up in a field

Andrew has an affair with Farmer Tinsel’s wife and in retaliation Tinsel strings him up in a field and tortures him for months on end. Later when two young girls stumble upon Andrew they decide to leave him there as they think if they released him he wouldn’t be their friend any more. It is not known what became of Andrew, but it can be assumed he either died or is still strung up in that field being tortured daily.

Poor Mr Chinnery means well, but after his ancestor, (also a vet) was cursed every animal he has treated has been killed in the most horrible of ways. Chinnery has put the wrong dog to sleep, pulled a cows guts out through its arsehole, and electrocuted fish, birds and even their owners on many occasions.  Though it is implied that the curse is broken in the Christmas special, I can’t imagine that the writers of the show would have let him get off that easy.

Gantok is a minor character who appears in the “The Wedding of River Song”. He is devoured by several flying skulls after he tries to kill the Doctor for beating him at chess. Despite this the Doctor does still try and save him, but he ends up getting torn apart anyway. This is probably Gatiss’s most OTT death, though not his most horrible.

An overlooked series in my opinion, Dr Terrible’s House of Horrible was a parody of all the old classic British Horror movies from Hammer and Amicus and also of other old classic British series such as Doctor Who and Jason King. By far and away my favorite entry in the series was the second episode, which featured Gatiss as the hilariously camp villain Hang Man Chan, known as the “Sinister bony fingered menace from the east”.

The character and the episode in general parodied some of the racism from these old British series, though not in a sneering way, as it is to be expected that television series from the 1960’s might not be quite as progressive as those of today.

Chang meets a very grisly end at the hands of Steve Coogan’s Nathan Blaze who is a send up of heroes like Jason King. First Blaze throws Chan several thousand feet onto jaggy rocks, but Chan survives thanks to his servants (the crabs) who give him a new crab arm. Blaze however then dips Chan’s clawed hand into boiling water and rips the skin off of it. Chan still survives and is then finally finished off when Blaze feeds him to his own crabs who pull him under water and rip him to pieces.

Gatiss seems to get eaten quite a lot. Haig is some poor bastard who stumbles upon the local shop for a can of coke. After a disagreement over a “can of can’t” Haig awakens David, and Tubbs and Edward decide to make him David’s new “friend”. They capture Haig, take him upstairs and throw him in the same room as David who has now become a monster. Edward assures Tubbs that David will “like him to pieces” and Haig is last shown attempting to crawl out of Davids room before being pulled back in. As he is never seen again it can be assumed David devoured Haig, though as Tubbs and Edward meant “friend” as in wife, it is possible that David may have done other nasty things to him first. 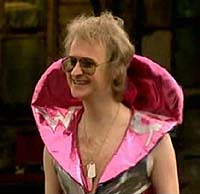 Les is arguably the most sympathetic character in the League of Gentlemen. He was once in a band called “Cremebule” who were on the verge of making it big, but were then blown away by the Sex Pistols and faded into obscurity. “Then punk rock came along and that were the end of us“. He constantly tries to relive his glory days with disastrous results. In the last episode he appears, Les finally meets up with his old bandmates, who it is revealed don’t care about him and actually manage to con Les out of all his life savings a few days before his retirement. The look on his face before he is conned out of all of his cash is heartbreaking. In the live show which is of debatable canon he does manage to land a recording contract, but is electrocuted on stage at his first gig.

1/ Builder/ Tortured to death by Tubbs and Edward

Gatiss played many of Tubbs and Edwards victims including the young boy they burn alive and the police man who comes looking for him in the first episode as well as obviously Haig. However by far and away their most memorable victims are the two builders of new road, one of whom Gatiss plays. These two unfortunate souls are subject to excruciating and prolonged torture. Edward strips them, forces them to watch Tubbs breast feed a pig, smears seering hot tar over their naked bodies and performs insane rituals where Tubbs molests them, before Edward cuts the builders free and shoots them down like animals with a crossbow bolt.